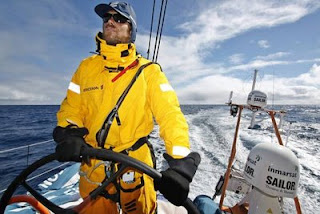 My name is Anders Dahlsjö I’m born 1972 and I live in Onsala, south of Gothenburg in , with my wife Malin and our two daughters.

Between 2013 and 2016 I sailed a lot of catamaran, bought a F18 and then started sailing M32 together with Hans Wallén in his Wallén Racing (WAR). 2016 the M32 was the boat in the world matchracing tour and we finished 8 in the final i Marstrand, Sweden.


After VOR 08/09 I resumed working as a mechanical design engineer at Volvo Penta. But the sailing didn´t stop. Sailing various match racing and keelboat regattas, as a part of Berntsson sailing team I was 3d on the World Match Racing Tour 2011. For 2012 I made a successful racing program with my own boat mainly on doublehanded races on the Swedish westcoast and in Norway.


In the 2008/2009 race I finished 4th onboard Ericssons Nordic entry E3 where I sailed as a bowman. But I erned a lot of respect for my helming capabilities, especially heavy air downwind and reaching where I shared duties with , our skipper. Besides sailing I was responsible for the boats “interior systems” together with the boatcaptain, and primary responsible for onboard boat building repair. The VOR was an awesome experience and I would love to get another go at getting podium position.


My professional sailing career started 2000 with the Swedish Americas cup challenge (Victory Challenge). Were I was one of the creators of the challenge, as I had been sailing since 1997 for Mr Jan H Stenbeck who was the main sponsor for the challenge. My first responsibility was to find a boat and suitable designers, among them Mani Frers. Within Victory Challenge I was in charge of first our training boat, former NZL-38 and kept her in a sailing condition for the team’s crew training and crew testing program. As the syndicate grew bigger I focused more on sailing and became boat captain on SWE-73 Orm that Victory Challenge used for most of the challenger series 2002 in .


As a former competitive swimmer for eleven years I’m an excellent crewmember with 194 cm of length and 95 kg weight, I’m fit to do hard fycical work aswell as trimming, helming and navigation. On the Victory Challenge I sailed as mastman on every single race we participated in.


I graduated from Chalmers technical university in Gothenburg 1994 and have worked a total of 9 years as a mechanical design engineer with Semcon engineering in Gothenburg. My technical knowledge with boats is good as I was boatcaptain for the AC campaigns trainingboat (ex. NZL 38) and SWE 73. For NZL 38 I was running the maintenance program and structural examinations as we were limited with personnel.


Since 2003 when the cup campaign was over I went back to my old profession as a mechanical designer at Volvo Penta in Gothenburg. But I kept myself busy sailing match racing and different regattas, see my merits below. In 2004 I ran a project to win ’s biggest sailing event (boat wise), sailed 21 august 2004. Where we were the all over  winners of the race and got a lot of media attention.


In 2005 I joined Victory Challenge for a second challenge for the Americas Cup. I  worked as boat captain and sailed as mast man on all the ACT regattas. I also sailed as bowman in ’s matchracingcrew on the World tour events.


I have been sailing since I was a kid but the interest really took off during watching the 93-94 Whitbread round the world race. I decided I wanted to do more offshore sailing and planed an Atlantic crossing. After military services I left with three friends from the military to sail south, with the same boat I later was successful racing and in 2004 won Tjörn runt. We sailed to the but of budget reasons never crossed to the . On the tour back we sailed through the Azores and being bored with light weather we decided to wait for a low-pressure to hopefully be able to hang on up to England. The first 48 hours we averaged 10 knots SOG. We arrived back in . After this I was hooked. 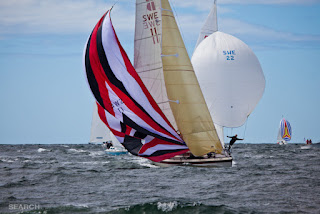 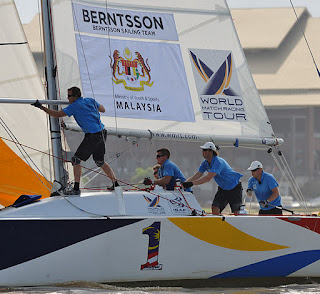 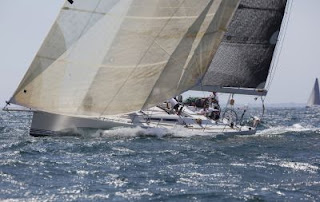 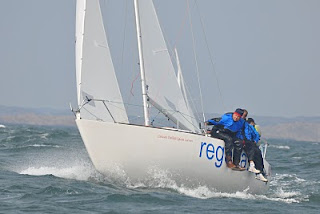 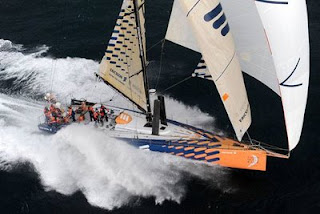 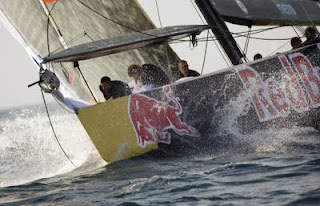